The IMF could cut its forecast for Chinese 2009 economic growth to around 5 percent in its next revision as the global economy suffers an unprecedented slowdown, IMF Managing Director Dominique Strauss-Kahn said on Monday.

In its last forecast released in November, the International Monetary Fund had predicted that China's growth would fall to 8.5 percent in 2009 from 9.7 percent this year. November's forecast for 2009 was 0.8 percentage points lower than the IMF's previous forecast.

'We started with China at 11 pct growth, then 8, then 7 then China will probably grow at 5 or 6 percent. The possibility of a global recession is real, we realize something must be done,' ' said Strauss-Kahn during a conference in the Spanish capital.

'We are facing an unprecedented decline in output and we have evidence of substantial uncertainty limiting the effectiveness of some fiscal policy measures,' he said.

'We anticipate that the gross effect will last some time. We need large and diversified stimulus support that will last longer than one or two quarters.'

'An adequate level will be around 2 percent of (world) GDP -- $1.2 trillion -- and this may make a sizeable difference and reduce the risk of a damaging global recession,' he said.

You may recall that on 21st November 2008, the Second Finance Minister was quoted as saying that Malaysia's economy is insulated from the global economic slowdown due to strong exports to China and India.

But with India's economic growth being revised downwards to 6.3% for 2009, at last count, where is the comfort of immunity? 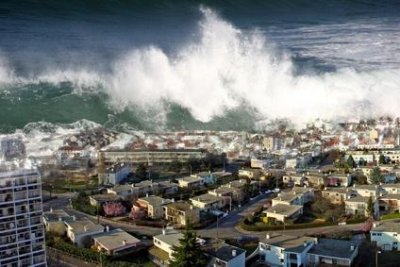 The Malaysian government needs to show a greater sense of urgency on economic management and send clear signals to all Malaysians about how to conduct themselves in 2009. Currently the signals are very mixed. Consider these signals:

RM5 billion to Valuecap for buying shares in stock market means "Can spend".

RM5 billion to Valuecap to be borrowed from EPF means "Cannot spend because government got no money".

Need to send foreign workers back means "Cannot spend because unemployment is expected to rise. Unemployed Malaysians will need to become labourers".

Very confusing. I'm sure you may have better examples than I do.

GST
To make matters ever more confusing, one of the unkind things that I'm hearing about is that the government plans to introduce the much-postponed Goods and Services Tax (GST) in 2009.

I'm guessing the GST will be 3% of the value of ANY goods or services consumed or used by anyone in Malaysia.

There's, of course, never a good time for introducing any kind of taxes. But GST is a consumption tax. It is indiscriminate. Everyone must pay GST. From the billionaire to the road sweeper. Every KFC you buy will be 3% more for GST.

GST is a value-added tax. It seems to me that such a tax is good for countries with a large middle-class base.

But the GST applies to EVERYONE. I think, in this case, timing is EVERYTHING. I hope to the high Heavens that our economic managers know what they're doing.
Posted by de minimis at 9:08 PM

Email ThisBlogThis!Share to TwitterShare to FacebookShare to Pinterest
Labels: Economy

I'd agree that this is a terrible time to introduce a consumption tax since this is the time that the government ought to be encouraging consumption.

That aside, however, you appear to be arguing that a GST would still be a bad idea in general. Care to elaborate?

In its initial implementation, consumption taxes have an inflationary effect pushing up prices by the percentage of tax imposed.

As a value-added tax, it is non-discriminatory. That is a good feature. But, in a country like Malaysia that has a small middle-class base, such a tax will be an added burden for the lower-income groups.

All taxes must aspire to be as fair as possible. But, beyond the principle of non-discrimination, a tax such as this will be a heavier burden to the large lower-income base in Malaysia.

I'm not sure if it would be fair to say that a GST would be heavier burden to the lower income groups than the higher income ones. It's a flat tax after all, not a regressive one.

In any case, it makes more sense to impose a blanket GST and then make exceptions for it for staple foods than to try to impose price controls on them. Since the lower income groups would be expected to spend a larger proportion of their income on staple foods, the end result should end up as being progressive.