The Ministry of Education is reported to have issued a notification to private institutions of higher education that SPM forecast results are no longer acceptable as admission requirements.


For decades the SPM forecast results has formed a first impression of sorts to enable private colleges to issue conditional offers to Malaysian students.

It is an efficient and effective introduction of an applicant student's academic standard to a private college.

Why is the MOE changing this tried and tested methodology?

I will leave the expletives aside for the moment.

MOE must explain this irrational, myopic, stupid and unnecessary action.

Has MOE got nothing better to do?

I seem to recall sufficient objective events that should be occupying MOE's full attention such as appalling PISA and TIMSS scores and...the matter of UPSR exam paper leaks.
Posted by de minimis at 12:46 PM 2 comments:

The Selangor Menteri Besar fiasco has quite rightly brought into stark relief, once again, constitutional processes that were often taken for granted by the citizenry and, politicians, if I may add.

Many constitutional scholars and observers have had to revisit the Perak MB episode. Others have dug deeper into episodes from the United Kingdom from where the Westminster constitutional model originated.

For some reason, no one has brought up the numerous little scrapes of the recent past where the menteris besar of various Malaysian states have had to endure testy relations with their respective state palaces. Names like Ghazali Jawi and Othman Saat probably rings no bells any longer with Malaysians of younger vintage.

Drilling down on past constitutional episodes

Back to Westminster history, no one has brought up the quite incredible episode of Queen Victoria's great sulk in 1839 when she quite clearly expressed her great discomfiture with having to deal with Sir Robert Peel who was a new leader of the Tories and had, at the time, gained ascendancy over the leader of the Whigs, Lord Melbourne who had so endeared himself to the young Queen.

The Queen had, in fact attempted to persuade the great Duke of Wellington, an ex-prime minister himself, to succeed Lord Melbourne as the new Prime Minister. The Duke had begged off due to his advanced years.

And, so, the constitutional impasse was resolved when Sir Robert Peel backed off in favour of Lord Melbourne who remained as Prime Minister.

It was only in 1841, when parliamentary elections proved beyond doubt that the Tories had won a clear victory was Queen Victoria persuaded to reluctantly accept Sir Robert Peel as Prime Minister.

The constitutional episode of 1839 gains added significance when one considers that the Westminster model was pretty much founded by Oliver Cromwell a few years after the defeat of King Charles II's forces in 1650, some 190 years before that.

Naturally, there are different interpretations the 1839 episode. That is why history is so interesting.

You might already be rolling your eyeballs several times by now, wondering where all this is leading to.

Well, much has been said by constitutional scholars about constitutional conventions and practises and, how, HRH The Sultan of Selangor's unorthodox approach to the Selangor MB issue goes where no monarch has gone before.... (pardon the Star Trek reference).

With the greatest respect such a view is akin to the difference between how we mere mortals look at the growth of plant life in still life snapshots while Sir David Attenborough sees it with the stop motion camera technology that, when speeded up, gives us an idea of the dynamics of growth in plants.

Constitutional matters must, of necessity be seen from a historical perspective. And, the history of constitutional monarchy has shown many, many episodes where the palace and the parliamentary executive has had differences.

The key perspective is to note that ever so often, wisdom, civility and oodles of patience has resolved matters without tearing the flimsy fabric of constitutional monarchies.

Instead, the sitting MB did not do the expected thing which was to accept his fate by tendering his resignation as required by constitutional convention.

To the voters of Selangor, nothing in this sorry episode has cast any redeeming light on any of the main players from Pakatan Rakyat. None of them have benefited from the ill conceived and ill considered plan to oust the sitting MB.

In this cacophonous sea of confusion HRH The Sultan of Selangor has had to carry out an unorthodox procedure to canvass for suitable MB candidates to succeed the outgoing chap.

Now, why didn't HRH The Sultan just do the formal constitutional thing, which is to just sit back on His throne and let the politicians do their thing; and, by so doing satisfy the constitutional convention that scholars so crave?

If I may hazard a viewpoint; one key reason must have been that the loose alliance between PKR, DAP and PAS did not have a consensus on the ouster of Tan Sri Khalid as the MB. Nor did they have consensus on the choice of his successor.

Everyone can pull out their Casio calculators and produce any number of scenarios of how the Selangor State Assembly will vote on the choice of another MB. But there is one unavoidable fact. The loose alliance that is Pakatan Rakyat no longer had consensus on the matter of the MB.

From where I stand, HRH The Sultan has exercised a constitutional initiative that was unusual but, still within the provisions of the Selangor State Constitution to resolve the MB imbroglio.

This has led to the appointment of Azmin Ali who will be the 15th Menteri Besar of Selangor when he is sworn in on 23 September 2014.

My humble suggestion to all political players is that to prevent HRH The Sultan or any other state monarchs from exercising this "constitutional initiative" in future, stop screwing around with your petty power plays and start instituting your own party culture and discipline so that all your elected representatives speak and act in unison.

PKR's peculiar and populist habit of taking in what I call "helicopter candidates" has created a "diva culture" that is not consonant with a successful political party. Such an ad hoc approach to electoral politics never translates well into administrative politics.

Unless such matters are addressed fully and squarely, my crystal ball tells me that we may witness further recurrences reminiscent of the disastrous and cacophonous Arab Council that Lawrence of Arabia tried to set up.

Praise for the dignity of the key players

With everything having been said and done, I must applaud first HRH The Sultan for having acted with wisdom. What He did to resolve the MB fiasco is almost like Alexander the Great drawing his sword to cut through the Gordian Knot.

Kudos also to the grace with which Wan Azizah has accepted the decision of HRH The Sultan. As everyone in Malaysia knows by now, in the dung heap that is PKR's internal politics, Wan Azizah is the radiant flower. 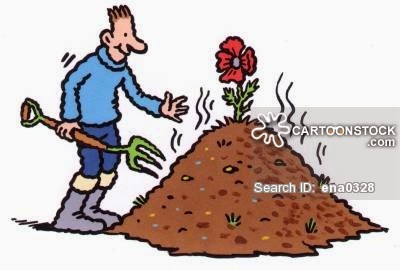 Posted by de minimis at 2:51 AM No comments:

A dominant 50-years of humourless narrative for Malaysia

There was a time, as old timers like to remind us, when there was no need for political correctness. You could call your friends using mock tones with nicknames without worrying about inciting anger and being accused of being racist.

In many ways Dr M changed that banter with his humourless narrative. And, sadly, in the past 50 years it has been Dr M's narrative that has proven to be dominant and prevalent.

Here's a thought; Has Dr M robbed Malaysians of our sense of humour?

So, when the grand old man hurls remarks about Malays being lazy, he sets off the exact reaction he wanted.

When he legitimised Perkasa with his patronage he set off a different set of reactions.

Dr M's genius is his constant ability to drive the narrative in Malaysia.

So, are Malays lazy? That is the stupidest question one can ask.

Are Chinese hardworking? Another stupid question.

But to take Dr M's remarks at face value and, to react to it, we are allowing ourselves to conform to his narrative.

Now Dr M has begun a movement to destabilise the sitting Prime Minister.

In his retirement he has seen off one Prime Minister and he appears to have set himself (or, has he?....mindgames, eh?) to see off another.

This is the greatness of Dr M. His shadow writs large in the Malaysian psyche. With a twitch of a hint of a sneering half smile and an elusive glint in his eye, the grand old man can have us go into a catatonic state. Lady Gaga can only hope to have that kind of charisma! All the twerking that Miley Cyrus can muster cannot even come close to the effect that Dr M has on Malaysians. 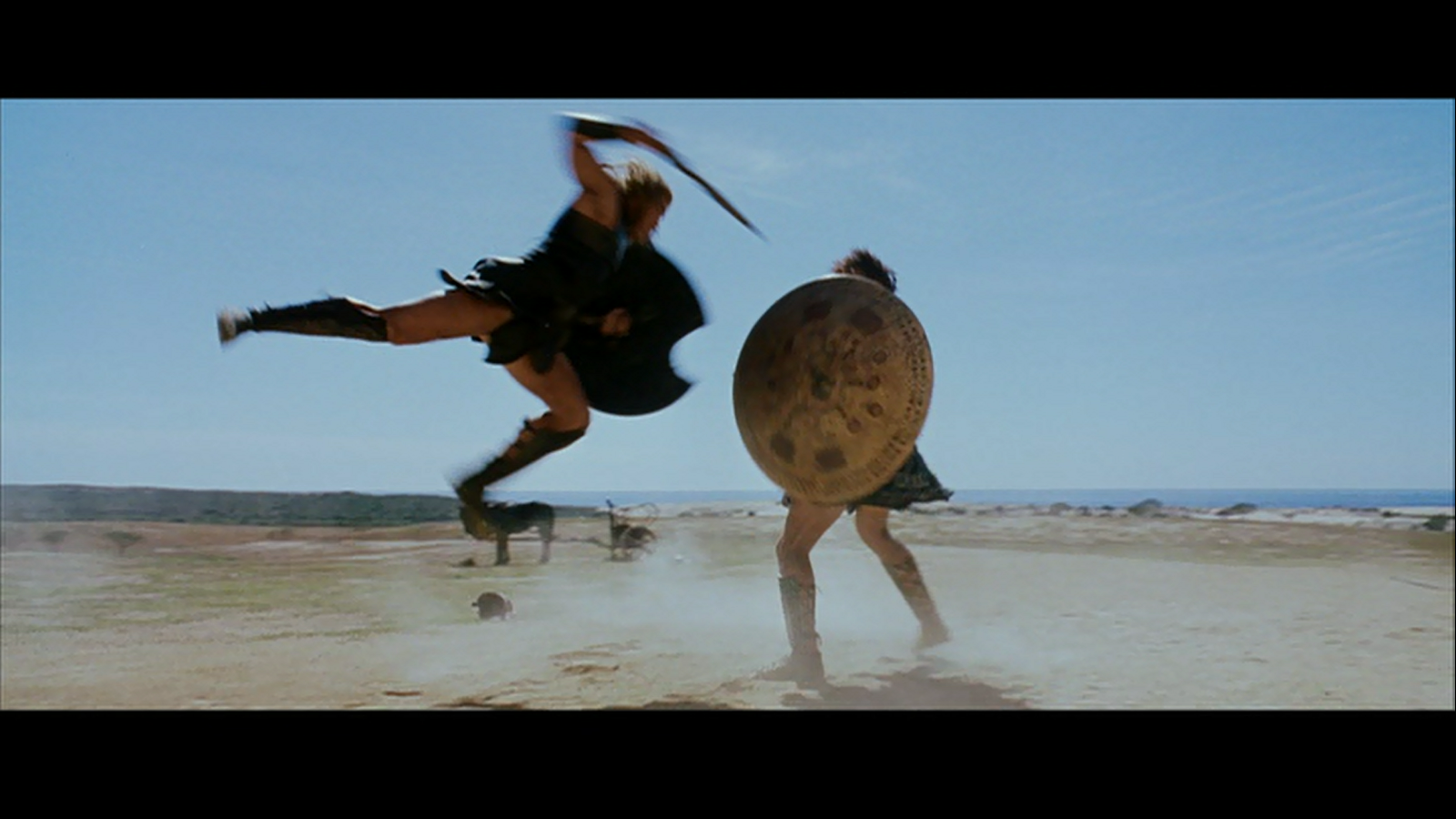 You may recall the opening scene of the movie Troy where, Brad Pitt as the mythical Achilles, having smote the giant of a man who challenged him stood before the enemy and cried, "Is there no one else?"

Here we have Dr M making his moves on the current Prime Minister.

Will the sitting Prime Minister be deft enough to duck the coming blows and brickbats and survive this attempt to unseat him? 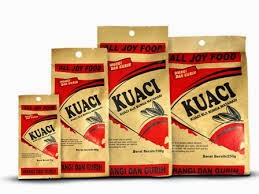 I, for one, as with all Malaysians, am sitting on my couch with a packet of kuaci watching events unfold with the type of awe-filled fear and anticipatory sensation I used to have when watching the black and white Pusaka Pontianak (1965), quavering like Aziz Sattar and fearing the worst for Ahmad Daud's character.

Dr M is, as the characters in Korean dramas like to say, "a scary person". 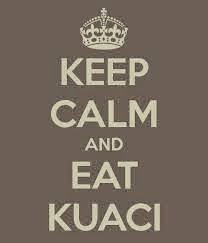 Posted by de minimis at 6:08 PM No comments: