When the great Truth is abandoned


When the great Truth is abandoned, the teachings of benevolence and righteousness become fashionable.

When wit and cunning are highly esteemed, the adepts in hypocrisy become fashionable.

When discord reigns in the family, the teachings of filial piety and fraternal love become fashionable.

When chaos prevails in the country, the loyal ministers become fashionable.

Posted by de minimis at 9:59 AM No comments:

Crowdfunding has morphed into many forms. Many crowdfunding initiatives have charitable or socio-political objectives. Such types of crowdfunding are not the focus here. It is the "investment-based crowdfunding" exercises that I wish to examine.

Malaysia is one of the jurisdictions that has established investment guidelines on crowdfunding. As such, the current swirls of discussion on the matter of crowdfunding is highly relevant.

On 21.12.2015 the International Organization of Securities Commissions (IOSCO) published a survey update on crowdfunding some key observations that I set out further down in this post.

I have always maintained that Malaysia still needs a large degree of Merit-Based Regulations (MBR) largely due to the rustic mindset of many investors. The retail investor is still indolent and very susceptible to market noise. That is why Malaysia's regulators need to maintain guidelines and regulations that require regulatory scrutiny and some degree of regulatory prescription.

HKex has an excellent paper that critically examines DBR versus MBR and there is, therefore, no need for me to delve too much into it. Read the paper here if you are interested to understand these policy principles in greater detail. 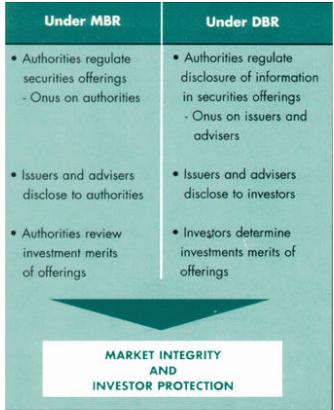 In the past decade we have witnessed the Securities Commission (SC) make attempts to institute the Disclosure-Based Regime (DBR). Officially, the SC has shifted from the MBR to the DBR as stated in a guidance note here.

But, with everything said and done, we have IOSCO reminding regulators and investors alike that while DBR still holds as the prevailing principle, I would submit that there is clearly a need for some degree of MBR-type prescription especially when the IOSCO has flagged the ever-present issue of "information asymmetry" which may be loosely defined as-

A situation in which one party in a transaction has more or superior information compared to another. This often happens in transactions where the seller knows more than the buyer, although the reverse can happen as well. Sourced here.