Does everyone love a dead hero? I'm not sure about that. In any case, JFK was never a hero to me.


So, why do I habitually make reference to him? Why do I have close to 100 books on him, his parents and his siblings?

It was in 1979 that I "discovered" JFK. It was through his Inaugural Address, in fact.

I was struggling to prepare for the district English-language school debates. My team and I had reached the district finals. The topic was a dramatic oxymoronic phrase, "War is necessary for peace". We were the proposers.

I chanced upon a selection of speeches by U.S. Presidents. One of my sisters must have bought it from the Logos, a ship that acted as a floating book store in the 1970s, when it berthed at Port Klang. 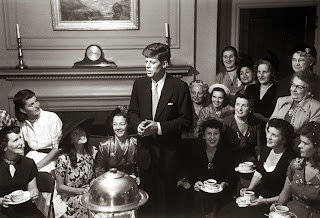 One would imagine that there might have been more apposite phrases in Lincoln's Gettysburg Address, in the way, he, with a spartan 44 words, could consecrate the dead soldiers of the Union after a bloody battle. It would have seemed more inspirational and elegant when used in support the the proposition that I had to make in the district debating finals.

Somehow, Kennedy's Inaugural Address lent a stronger resonance to me. And, I used it.

Let the word go forth from this time and place, to friend and foe alike, that the torch has been passed to a new generation of Americans -- born in this century, tempered by war, disciplined by a hard and bitter peace.

Let every nation know, whether it wishes us well or ill, that we shall pay any price, bear any burden, meet any hardship, support any friend, oppose any foe, to assure the survival and the success of liberty.

So let us begin anew -- remembering on both sides that civility is not a sign of weakness, and sincerity is always subject to proof. Let us never negotiate out of fear, but let us never fear to negotiate. 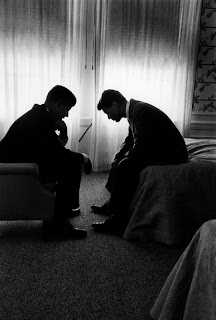 We won the district finals and I was adjudged to be the best debater in the final round. I owed that accolade, in part, to the soaring words of Kennedy and Ted Sorensen.

As I write this blog entry, many parts of the world are preparing to honour JFK on 50th anniversary of the day he died.

There are a myriad of reasons as to why JFK and the Kennedy mystique continues to enthral people. Some are drawn to his martyrdom (not caring what he stood for or, whether he stood for anything in particular). Others are drawn to the 1960s-ness of his epoch. He was cooler than Don Draper; hell, he may have been one of the inspirations for the Don Draper character. He, with James Dean, Bobby Kennedy, Martin Luther King Jr., Marilyn Monroe and many others represented the iconic deaths that so horrified and transmogrified our memories of the 1960s.

My fascination with JFK is about his love and respect of the written word, the spoken word and History.

It is also about his ability to, in turn, fascinate and inspire so many biographers to write about him.

In the American presidential pantheon JFK achieved so little in legislative affairs and governance when compared with presidents such as James Monroe, Woodrow Wilson, Ted Roosevelt or Franklin Roosevelt. Yet, his memory endures and thrives.

This is the stuff that is fodder for academics and biographers.


I just wanted to tip my hat, on this day, to someone who helped inspire my love and respect of the written word, the spoken word and History. 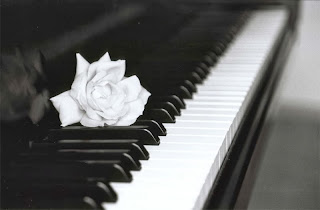 Email ThisBlogThis!Share to TwitterShare to FacebookShare to Pinterest
Labels: JFK

RFK to Johnson Why did you kill my brother - http://www.youtube.com/watch?v=tclZrJiJSL0

You be the judge.