A toll on BN strategy

I am quite bewildered by BN's tactical nous. My bewilderment arises in the matter of the declassification of the privatisation agreements for roads for public scrutiny albeit in a limited manner. Apparently you have to present yourself, pay a small fee and, you are given 2 hours to pore over each agreement.

This has led to an amusing (as opposed to amazing) race between DAP-PR and MCA-BN to produce their respective party's positions on the nature of the financial and operational arrangements between the government and the toll concessionaires. In both cases, to no one's surprise, the prognosis was a negative one.

As it were, the monopolistic nature of the toll roads have proven to be a major financial coup for the toll concessionaires which proves that the traffic flows and urban planning studies were entirely correct. So, the toll operators are making tonnes of money. Both the DAP and MCA representatives are saying that the profits are excessive. Again, no surprises there.

Two points
Having given a prolix preamble I have two points to present for your consideration. The first will deal with the economics and timing for any proposal to nationalise toll roads.

The second point is a humble observation on BN's tactical nous in declassifying the toll agreements at this time.

Economics and timing for nationalising toll roads
Upon examining the toll agreements, the DAP has called for the nationalisation of toll roads. Such a move will alleviate the financial burden on the public users of the toll roads in two ways. First, toll rates will be better regulated and, presumably lowered with each passing period of time. Second, any surplus or profits will be paid into the Consolidated Revenue as public funds.

These are sound propositions and, frankly, it warms the cockles of my heart since I have advocated the nationalisation of toll roads as a Malaysian economic strategy. But, there is a slight chill running down my spine at the same time. Why?

Funding the nationalisation process
The issue is funding. The toll concessionaires need to be bought out in order to amicably terminate the toll agreements. Without even having had the chance to read the toll agreements it can safely be assumed that there are sufficient provisions that require the unexpired portion of the toll concession period to be compensated. So, funding is required.

The federal government is cash-strapped. The fiscal policy is in deficit mode. Any funds scraped from the bottom of the barrel is likely to go to economic stimulus packages.

However, one clear source of funding is the issuance of sovereign bonds by the government. That should not be too difficult. It is easy to calculate the yields since there is a financial track record of the revenues received from the toll operations.

The problem will be to find investors at a time of global economic recession.

BN's tactical nous (or, the lack thereof)
If I were to wear the BN hat (something I literally did as a boy but, no longer ... because BN caps are not cool or properly designed, unlike the Nike Tiger Woods caps. But, I digress) I would be wondering about the political advantage for the toll agreements to be declassified at this time.

Perhaps the Works Minister can explain this.

As a citizen, a taxpayer and toll road user, I am happy with the declassification and the hard work done by the DAP and MCA to examine the contents of the toll agreements.

But, if I were a BN hack I would be wondering what the gameplan was?

You are exposing yourself to public opprobrium because the privatisation process, the toll agreements and negotiations were all conducted by the BN government.

The only mileage (pun intended) BN will receive from the declassification is that it has become more transparent. That is an abstract positive.

But wouldn't any BN strategists (if there are any) have given pause to consider that revelations such as these would only invite a real negative backlash? Didn't they realise that the toll agreements are rent-seeking arrangements that have upset Malaysian taxpayers and road users for the past two decades? Didn't they consider that there will be an outpouring of latent negative emotions when the rakyat finally discover that the bloody toll concessionaires have been profiting so obscenely while the rakyat suffered a higher cost of living as result of the toll roads?
And, for good measure, let it also be noted that if the declassification was an attempt to embarass past BN leaders that have become gadflies, the tactic fails for the simple reason demonstrated by a scene in Star Wars when Obi-wan Kenobi permitted his physical self to be slayed by Darth Vader after Obi-wan was certain that Luke Skywalker was safe. Thereafter, Obi-wan had become an ethereal and, yet ominous, presence as part of the Force. You cannot punch a shadow. 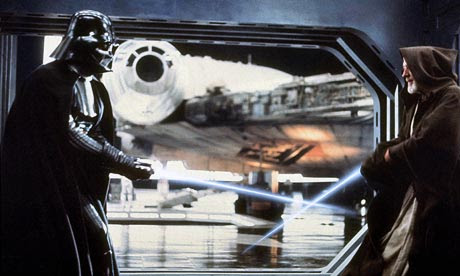 Given these concerns, wouldn't it be more prudent to prepare a set of solutions in anticipation of the negative public response to the toll agreements before declassifying them? At least, BN could then say, Oh, yes! We knew that. That is why we have this plan in place and, ready for implementation to deal with the matter.

What were these guys thinking? In football parlance, this is clearly an own goal by the BN.
Posted by de minimis at 1:18 AM

The Keynesian in me applauds the notion of nationalising toll roads. What could be more fundamental? Roads, after all, are a national resource and are strategically important to any economy.

But as you rightfully pointed out, embarking on this strategy will adversely impact the budget for any stimulus packages that the Govt has in the pipeline.

Furthermore, in light of the very obvious Neo-liberalist attitude of capital markets (no doubt heavily influenced by the IMFs intransigent adherence to the Chicago School ideology), getting support for the idea of soveriegn bonds, given the current capital climate, may be a challenge.

Perhaps a Big Bag (nationalisation-in-one-fell-swoop) approach is out of the question. A more likely scenario could perhaps be a piecemeal approach to nationalising these resources.

Big Bang or Piecemeal, these resources must, one day, come under the control of the Government. Lets,stop playing at Neo-liberal silly-buggers.

I agree with your views. It would appear that there are many more dimensions to your considerable mind. I look forward to receiving more views from you, if you are in the mood to share your views, that is :D

Thanks for this juicy post on Samy D'Value's Highway Robbery scam conducted on behalf of Daim's Kelab Instant Billionaire. Millions of skeletons buried under the asphalt, especially during Mahathir's watch. I presented a paper on "the inner technology of Art" many years ago where I pointed out that the difference between an Artist and a Businessman consisted in the fact the the former makes public (exhibits) what is private (feelings) while the latter does the complete opposite.

Good of you to leave a note. I think your juxtapositioning of the businessman with the artist is very insightful. They are indeed opposites in outlook and conduct. That's a new angle that I will ponder over.

I would prefer the nationalising of all the toll roads - but I, too, wondered where the DAP planned to find the money to do this. Going back to corporations to help finance it, wouldn't that be almost like going back to square one?

About the toll agreements: I am amazed that the MCA can only now find out about it. Does this say that only certain eyes were privy to this when it was signed? How can this be right? Am I incorrect in assuming that the esteemed Cabinet oversees stuff like this, plus even down to an increase in toll?

So is the MCA, in effect, telling us that they just sat dumb and nodded?

And the MIC? I won't go there lah, I've enough grey hair, as it is.

I think it's not that difficult to nationalise toll roads if there is political will.

Get these investment bankers who have been paid fat fees for no brainer deals like Sime Darby [Sime Darby, Golden Hope, Kumpulan Guthrie]. It's about time they're called to do jobs of national interest.

The problem is that the data of toll roads are not readily available and scattered everywhere. Toll concession agreement is only aspect. The other important thing is the equity structure of concessionaires and also concessionaires financial obligation.

For eg. PLUS which is the biggest concessionaire. The combined equity of Khazanah and EPF is about 60%. So if between them they give a GO, it would only cost them about RM2-3billion maybe much less[ need to check their latest annual report]

But I fully agree with you that they have lost the plot but releasing the toll agreement is a step in the right direction. Perhaps, they need more brains like yourself, walla, sak, satD to analyse for them to come up with a solution, foc. Mana boleh!

"I, too, wondered where the DAP planned to find the money to do this"

This should be the least of your worries. Here a few ways:
Perhaps, by stopping all the ridiculously cronied projects "satu lagi barisan nasional"? When the projects ACTUALLY have some national value added, by tendering them out?
Or by renegotiating the IPPs which are sucking Petronas dry?
Or tendering APs for cars and foreign workers instead of giving them for free to friends?
This country is so rich (once you remove the BN parasites). Do not forget that anyway these tolls have been (a) mostly subsidised (b) guaranteed by the federal government.

Privatizing the toll would help the Government rake in monies as well as helping to ease the people's burden. However, they already have income via PLUS, NKVE as well as some other toll connecting different state. Why do they want to collect TOLL from inter-city?

With the current economic situation, how can they simply suggest to get it privatize?

Moreover, the highways were build on OLD ROAD! they did not construct it on a new area! As like they are recycling the ROAD! This is totally unacceptable! With the BNs that are never considerate when they sign the contract, it is TOTALLY their FAULT for not considering it on behalf of Malaysian.

Their inconsideration had caused tons of trouble to the people living in Selangor and KL!